To write this post, LCFF, LLC was gifted a Lou Malnati’s pizza as well as Crustology pizza crusts. All opinions are our own.

We’ll go through both ways below!

Lou Malnati’s Pizzeria has served up all kinds of delicious deep dish in its more than 50 years as one of the best-loved names in Chicago-style pizza. And they’ve announced the launch of a first-ever white pizza offering on their menu: the Lou’s White Pizza will be available at all locations starting October 10 through the end of the year.

“While we always have our time-tested favorites, we’re really excited to share this delicious family cream sauce recipe for the first time with a classic mix of complementary toppings,” says Marc Malnati, owner, a second generation family member who proudly carries on the family tradition. “We’re really excited to hear what our customers think of the new white pizza and can’t wait for everyone to try it.”

The Lou’s White Pizza will be available at all five Milwaukee-area Lou Malnati’s locations:

Lou Malnati’s Rewards members and customers can look for more information and special offers coming soon via email or in the Lou Malnati’s app. In addition, a great time to try the new Lou’s White Pizza is at the newly launched Happy Hour at Lou’s Brookfield restaurant. Happy Hour is every Monday through Thursday from 4:00 – 7:00pm with special on beer, wine, cocktails and appetizers.

We tried Lou Malnati’s  Pizzeria for the first time in July 2021. They have just opened their fourth location in the greater Milwaukee area. The new location, approximately 1,800-square-foot space, will offer carryout and delivery service only, at 2730 N. Grandview Blvd. (at the intersection of Silvernail Rd.).

We called in and ordered take out of “The Lou“, “a pizza so good we gave it his name! Spinach mix (enhanced with garlic, basil & onion), mushrooms and sliced Roma tomatoes covered with three cheeses, on a garlic Buttercrust™.” My girls and I loved it, but boy, was it filling! When they say deep dish, they mean DEEP DISH.

If you want to try it out, you can satisfy your craving for Lou’s award-winning deep dish pizza by choosing easy curbside pick-up, no-contact delivery and drop off catering services.

Fun Facts about Lou Malnati’s:
As the restaurant market continues to be saturated with national chains, Lou Malnati’s – originally opened in Chicago in 1971 – is known for its growing, family-owned and locally operated business model. The Malnati family is famous for their original deep dish pizza and hospitality, and the pizzeria is still owned and operated by second generation family members Marc Malnati, owner, and his brother Rick, owner, Lou Malnati’s sons who proudly carry on the family tradition. Celebrating its 50th anniversary in business this year, Lou Malnati’s currently operates three other Milwaukee area restaurants in Fox Point, Brookfield and Greenfield.

In addition to serving up their famous deep dish, Lou Malnati’s is also well known for giving back to the local communities they serve. The company frequently supports local charities and schools through fundraisers and volunteer involvement.  In the Waukesha area, the store has already been actively supporting La Casa De Esperanza.  Also, patrons of the Sharon Lynne Wilson Center for the Arts will find Lou Malnati’s on-site at the summer Starry Nights event series kick-off this Friday, July 9.  The company looks forward to supporting other local events. 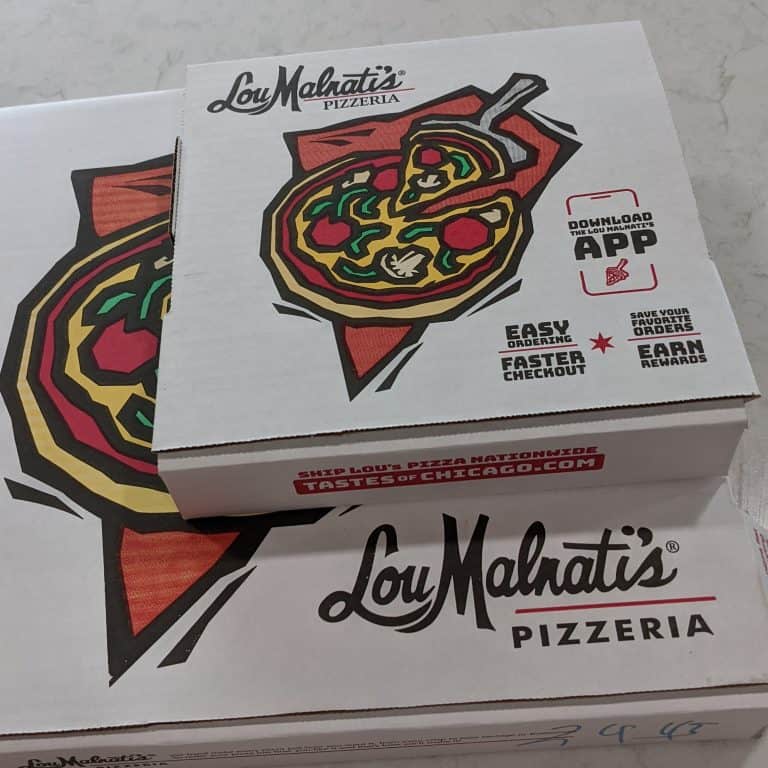 Family Pizza Night: Idea 2 - Make Your Own at Home

I always love sharing products that simplify a process and still allow a fun creative experience for our family! We love making our own pizzas for family pizza night. Unfortunately, the process can be a day long process if you make your own crust. Our family hasn’t found a store bought crust that satisfies our style of pizza, because our family prefers a crispy crust with a good structure to support our favorite toppings! Yum!

Alas, we have finally found the perfect premade pizza crust and pizza seasoning to simplify our family pizza night, Crustology Pizza Crust and Pizza Seasoning made right here in Waukesha County by a brother and sister duo! Ahh, this find excites me so much! Our family usually saved pizza night for a weekend just because of the process of making our own crust. Not anymore!

With Crustology Pizza Crusts we had our family pizza night, midweek. It was quick, easy, and tasty! I was delighted to find that Crustology Pizza Crust and their entire processing facility is peanut and tree nut free! It gives our family peace of mind knowing that our peanut allergy son can enjoy these products safely. The best part is I just ordered our Crustology Pizza crusts and pizza seasonings from their online store, Crustology.com and they were shipped right to our front door. So easy!

Then, when I was grocery shopping I picked up our toppings. Our son is at the age where he likes to be involved in cooking. He was excited to make his own pizza all by himself! We simply added our favorite toppings to our Crustology Pizza Crust and sprinkled the Crustology Pizza Seasoning on top and popped it in the oven. The bake time is only 8-12 minutes to get that perfect crisp, cracker like crust! The entire process of making our own pizzas, including bake time was under 20 minutes! #Winning

“Story Update: As of March 8, 2021 Crustology began selling a gluten free pizza crust that you can order at https://www.crustology.com/collections/shop-pizza-crusts/products/gluten-free” 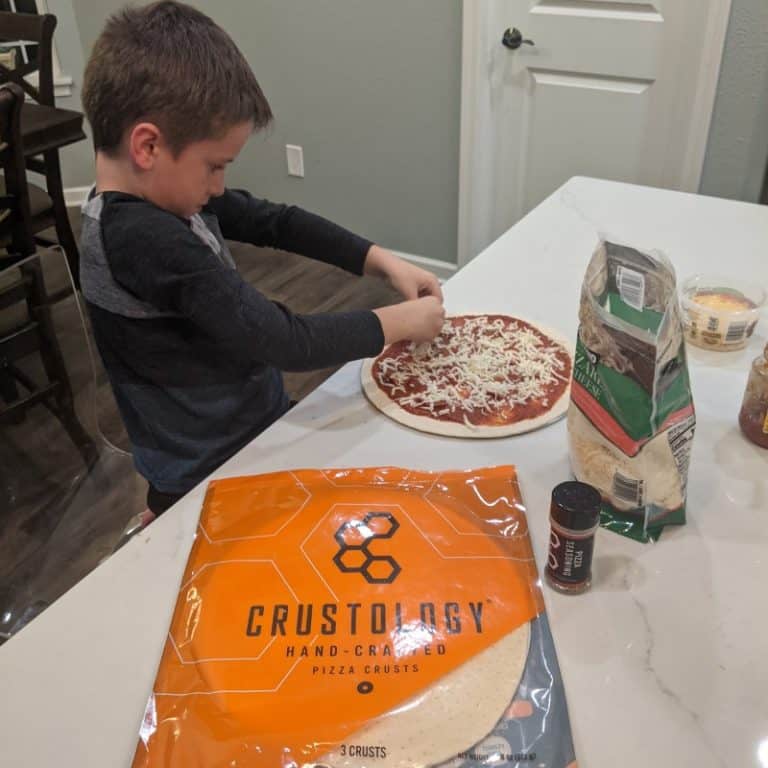 My foodie husband 100% approved of the taste and texture of the Crustology Pizza Crust! We all really loved the pizza seasoning as well. It is the perfect blend of spices to make your families homemade pizzas taste like it came from a pizzeria. The Crustology Pizza Seasoning really kicked up our homemade
pizza experience! I typically use several different spices from the spice cabinet when we make our own pizzas. I have never been able to attain the flavor we did from using Crustoloy’s Pizza Seasoning. Having the pizza seasoning blend on hand was a time and space saver. This will forever be our families go to pizza seasoning!

Crustology: What you Need to Know

Crustology offers three pack pizza crusts in three different flavors for just $12. Choose from The OG, The MicroBrew or The Herb Infused crust flavors. You can store the pizza crust in the refrigerator up to 5 days or longer in the freezer. The crusts come in a convenient resealable bag. If you are looking for some pizza topping inspiration, check Crustology’s social media and website for some inventive pizza recipes.

We at Lake Country Family Fun love supporting our small local businesses especially when it is as good at Crustology Pizza Crusts and Seasoning. We would like to wish siblings Anne and Chris good luck with their new online pizza crust and seasoning venture. Our family is willing to bet it will be a huge success!

Make sure to share photos of your family pizza night with Crustology Pizza Crusts to Lake Country Family Fun’s social media @lakecountryfamilyfun. We love to see the fun you create with your families. And don’t miss out on our
Crustology Pizza Giveaway!

“Story Update: As of March 8, Crustology began selling a gluten free pizza crust that you can order at https://www.crustology.com/collections/shop-pizza-crusts/products/gluten-free” 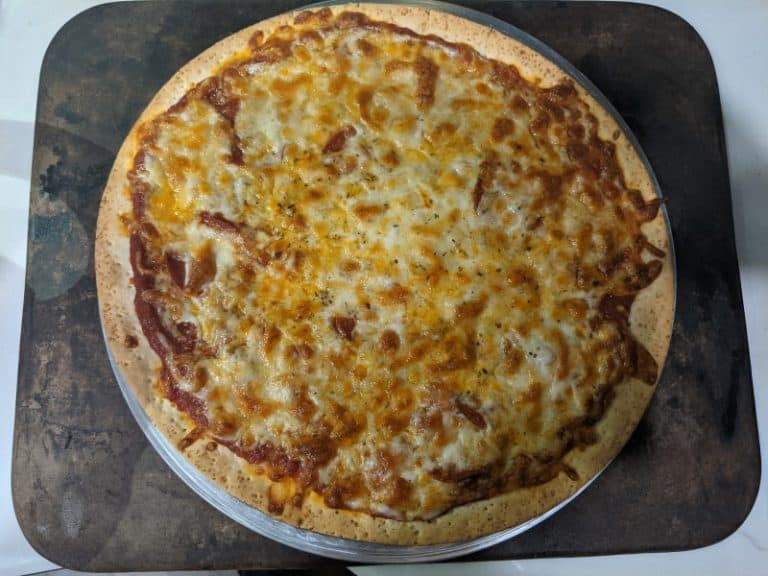 Hot to Make your Own Hot Chocolate Bombs

Kick your Movie Night up a Notch